Originally the mansion / castle of a Venetian nobleman in the 16th century, has been subsequently occupied by a Turkish Aga, a senior ranking official of the Ottoman Empire, and his harem until the unification of Crete with Greece in 1913. It is situated in a picturesque alley in Chania's old town, a stone's through away from the harbour's seafront and its world renowned lighthouse view. It is adjacent to the "Saint Eleytherios" (liberator) church and steps away from the Ahmet Aga mosque, a living proof of the multicultural heritage of Chania over the centuries. The hotel has been restored by its new owners since 2015 to maintain its rich architectural features, while providing a unique holiday accommodation experience. A walled garden patio, an original Turkish Hamam (steam bath), numerous ceiling height arches, stone carved doors, and certain canopy ceilings and wall carved closets with unique Arabic designs are certain of the features. Reconstruction works also unearthed under the surface of the current building ancient Roman walls that date back to the 1st century AC. Following careful restoration they are displayed under a glass floor underlining the over 2,000 of hotel's location. The suites have been set up in a spacious manner including multiple windows with views in the walled garden and secluded alley that travel the mind backwards into the centuries. Seven of the suites have access to private terraces, certain of them affording unique views of the old town's skyline featuring bellhouses, Minarets, fortifications, and the ever stormy cretan sea. All guests have access to the indoor and outdoor restaurant as well as a unique spa including an original Turkish Hamam and a swimming pool enclaved to ceiling height venetian arches. 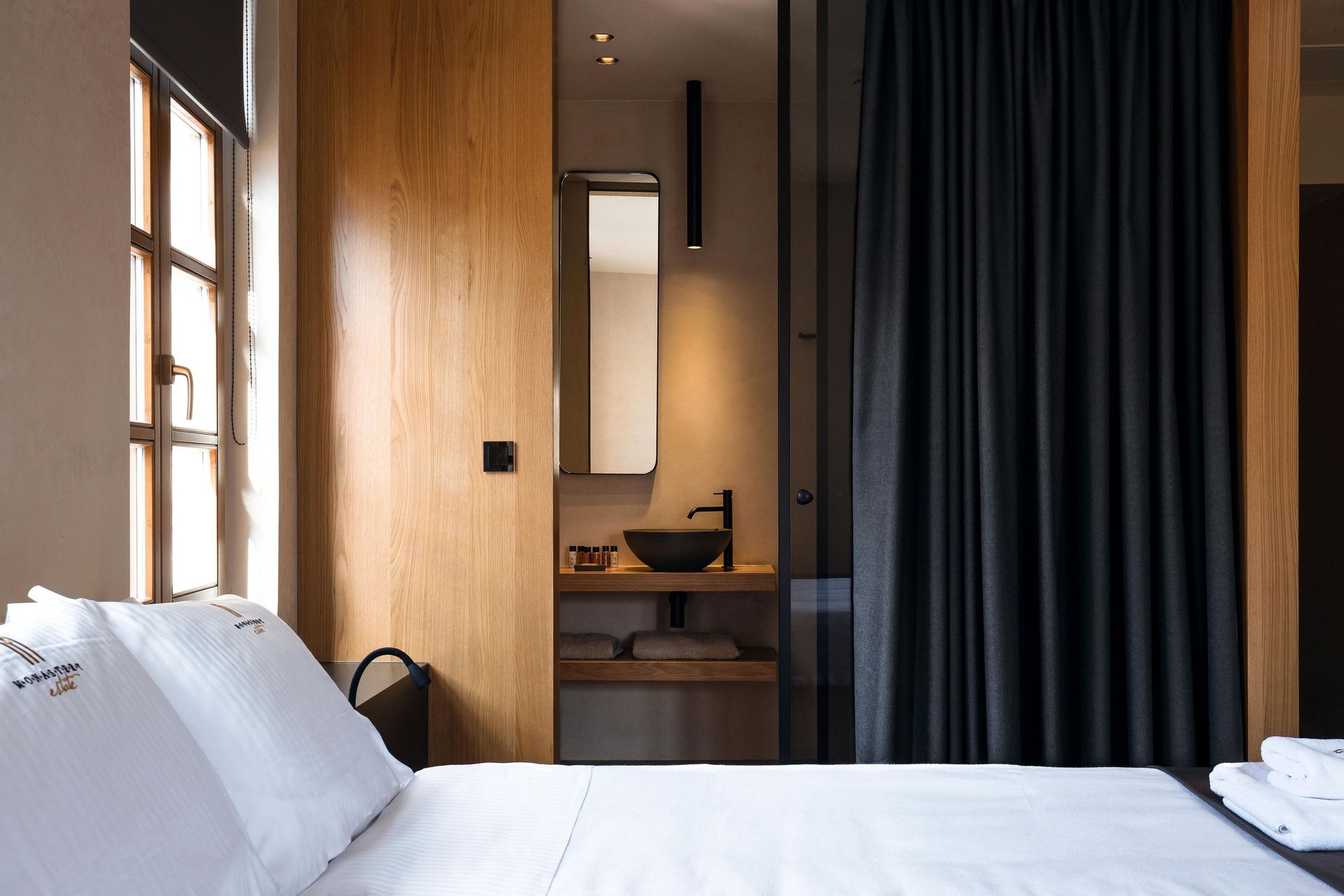 Revitalize your senses with an excellent night’s sleep on your queen size bed in the elegant environs of a Design Suite in the first floor of our property. A stylish room inspired by modern touches of contemporary refinement.
View Full Room Details 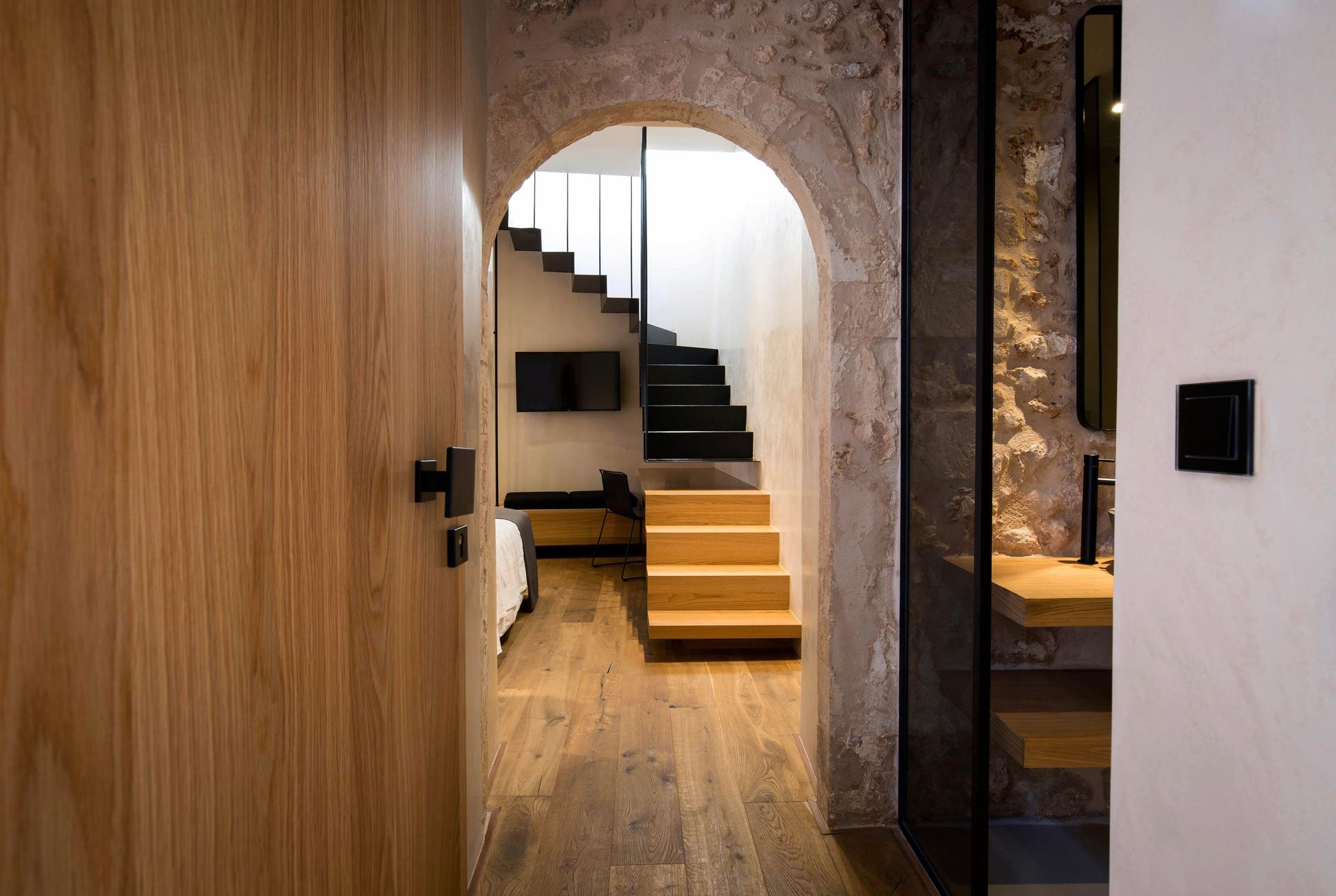 In perfect harmony with the historical elements of the room, the Signature Suite with private patio and outdoor Jacuzzi welcomes guests to indulge into a beautiful retreat where history beautifully blends with the state of the art amenities. The room features a queen size bed and is found on the first, as well as in the second floor of our property.
View Full Room Details

Experience the feeling of a luxurious bliss while enjoying breakfast on your sun kissed terrace, give in to the luxury of your outdoor Jacuzzi and enjoy a bubble bath while gazing at the panoramic view of the old town. The Penthouse Suite of the second floor features a room with a queen size bed in an open plan setting allowing our guests to relax in a lavish heaven of serenity.
View Full Room Details 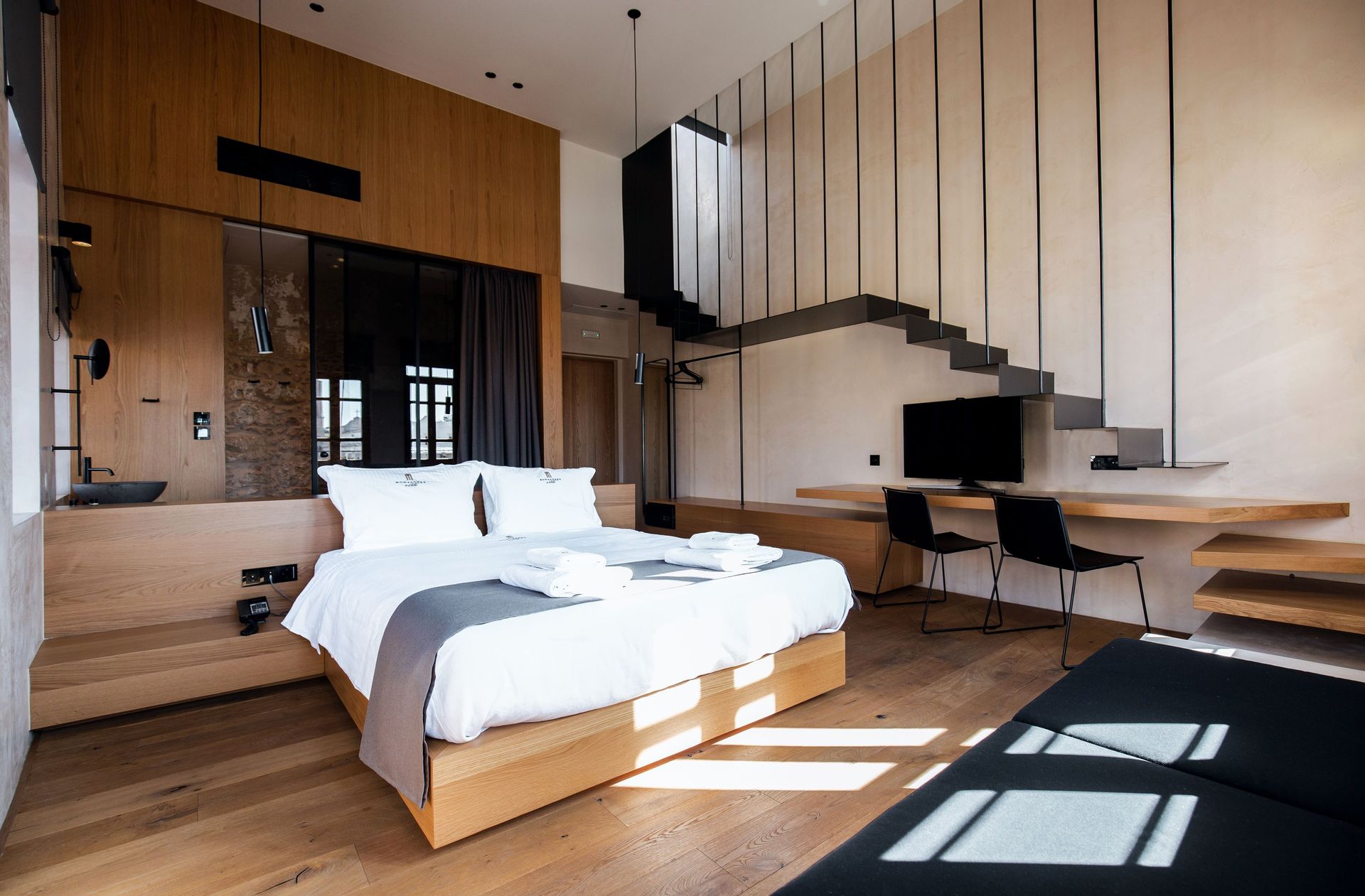 Our Honeymoon Suite on the second floor welcomes you to relax in the outdoor Jacuzzi under a blanket of stars, enjoy a glass of bubbling wine while gazing at a majestic panoramic view of Chania’s old town. Indulge in the pleasure of luxury living as you relax on your queen size bed and totally unwind under the walk-in rain shower.
View Full Room Details

Please Note : These details are a direct feed from the Property so they may include non grammatically correct English and be sparse in places. We will be updating and curating these details shortly

Greek Island Escapes is our dedicated programme for luxury and boutique travel to Greece and the Greek Islands. Discover Platinum, Gold and Silver rated properties to luxuriate in throughout the Eastern Mediterranean